Well, I used to write these on my old blog, but considering that I'm not keeping that blog anymore and I've grown away from it, these will be on my website now. I guess it's a partial effort to consolidate things, right? Regardless, I do this every year, and to miss out just because I don't have a personal blog anymore doesn't make any sense, particularly in the light of this year. So let's go.

And when I land, where will I journey?
How will I know what path is true?
Maybe for a start, I'll follow my own heart
And see it through to you 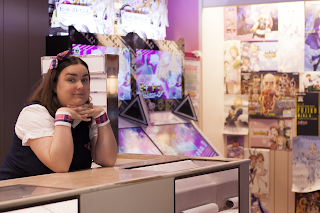 1. What did you do in 2017 that you'd never done before?:
I feel like, instead of sudden things this year, I went through a lot of gradual changes. I had certainly released an album before, but I hadn't ever officially released a song in Japanese. This came with a brand new image and a few changes, which have been nerve-wracking but years coming. Went to Colossalcon and Matsuricon for the first time ever. Bought a car. Oh, and I completed an entire year of SOSI J-Pop Stop! That only took like 12 years :D

2. Did you keep your new years' resolutions, and will you make more for next year?
Totally didn't keep my New Year's resolutions because God had better plans. My resolution for next year is to just continue on the path that He has me on, and to continue to search for Him in little ways.

4. What date from 2017 will remain etched upon your memory, and why?:
April 14. Never go to Kings Island's Platinum Passholder night unless you got something to do or somewhere to BE. 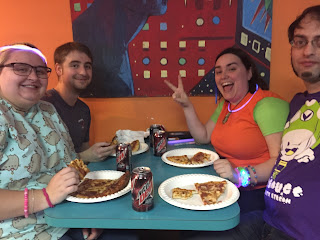 5. What did you do on your birthday, and how old were you?:
I was 29, and I threw a party at Gotcha Gachapon.

6. What was your status by Valentines Day?
Somewhere up in the air, waiting to come down.

7. Were you in school (anytime this year)?
Yeah, I know what you're gonna say, "Emily, you kept saying you were gonna go back to grad school!" Apparently the second I leave NYC, my life is no longer mine and God gets to make all the decisions.

8. How did you earn your keep?
My job, which I have somehow managed to keep, and I actually got a check from CD Baby at the end of the year.

9. Did you suffer illness or injury?:
Nope, yay.

10. What one thing made your year immeasurably more satisfying?:
Learning how to play rhythm games and see music in a different light.

11. Which celebrity/public figure did you fancy the most?:
I still can't answer this one particularly well; does Nekomata Master count? Unless we can count ALL of the net idols and groups I've gotten into -- Mondai Society, Stellure, Ice Qream, Aeonia, Mahou Project, Galaxy Girl Paida, Milky Kitty, tsu-ki-rin, and I know for a fact I'm forgetting like EVERYBODY but aargh I'm losing track XD

12. What political issue stirred you the most?:
GET OUT AND VOTE. Like, that's pretty much it.

13. Where did most of your money go?:
Bills, bills, bills! The new car. Getting my new music onto Spotify.

14. What was your favorite TV program?:
Really REALLY loved Recovery of an MMO Addict. That was the first time in a long time that I really anticipated an anime every week. Also super got into Love Live and Sunshine just ended, which was pretty good.

15. What was your favorite film of this year?:
Your Name.

16. What was the best book you read?:
A World Without You, by Beth Revis. 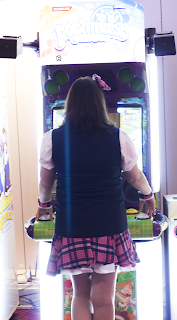 17. What was your greatest musical discovery?:
Okay, so here we go. This is still like a MASSIVE work in progress and I figured I was gonna have to write at some point about this anyway. At the beginning of the year, I was all gung-ho about my school ideas and what not, but in retrospect, I have no clue why I was gunning so hard for that. The underlying cause was that I wanted to make people happy. I wanted to use my potential for something. Looking back on 29 years of life, all I had seen was all of this God-given talent and all of this wasted potential because since I wasn't rich or famous with it, I had wasted it.
God, this year, took all of those plans to make myself rich and famous and turned them upside down. I went looking for an anime store and found an arcade instead, and over the past year have learned that it's okay to fail (a LOT, especially at Bemani); not everything has to be for profit; things in the public domain are truly in the public domain; it's TOTALLY OKAY TO MAKE FAN WORKS even if only you ever see them; and it's okay to have your experience be validated. I hope I'm able to take this and go into the new year, but understand: my potential is mine alone. My talent is mine alone. What I do with it is between me and God, not between me and anybody else. I think once I remove the stigma of potential, once I realized there's no pressure, then I will be able to live without fear.

18. Did anyone close to you give birth?:
People my age are still doing that kid thing like two or three times over and I'm over here, despite having a man, STILL BEING ME THANK YOU VERY MUCH.

19. Did anyone close to you die?:
Not super close to me. The end of the year has been filled with death (Jonghyun from SHINee, my good friend's father).

20. What countries -- ahem, states -- did you visit?:
...I had to pause there, because I didn't actually know if I had left Ohio lolololololol silly me. I did go to Carolina three times. 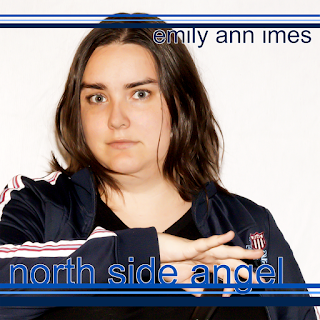 21. What was your biggest achievement of the year?:
Releasing a new album on Spotify! My brand new album North Side Angel is available to listen to now, and I'm really proud of it. (I released a BUNCH of stuff this year.)

22. What was your biggest failure?:
Not going to Genericon in March. ALWAYS. GO. TO. GENERICON. Full stop.

23. Compared to this time last year, are you…
i. thinner or fatter?: a little bit thinner, I think -- or at least I'm more in shape

ii. richer or poorer?: idk guys I own a car and can pay for food without sacrificing my arms and legs so there's that

25. What do you wish you'd done less of?:
Stressing the freak out. Giving my time and energy to people who were not ready for it.

26. How will you be spending Christmas next December?:
Hopefully with Stephanie, or I will drag her out of Carolina to do so.

27. Did you fall in love in 2017?
I did! Apparently God (or MZD) is a trickster because what kind of Jesus sends a feminine dude who can't do the thing to a lesbian? But we started off good and he seems pretty cool and dedicated, so we're just rolling with it.

28. How many one-night stands?:
This is pretty much a thing I never do. If my answer is "one" next year, how many people will call me out? XD

29. Do you hate anyone now that you didn't hate this time last year?:
Nope! Still hate and like all the same people.

32. What did you want and not get?:
Some big massive destiny where I save the world. (Although I guess I kind of got that there at the end lolz)

33. What was your best month?
September.

34. What would you like to have in 2018 that you lacked in 2017?:
Enough of a secondary income stream that I can take care of things without it being a problem. More chances to play Bemani.

36. What's something you learned about yourself in 2017?
I reflected mostly on this above, but mostly just the idea that I am not who people perceive me to be, and I need to stop subconsciously catering to that.

37. How would you describe your personal fashion concept in 2017?:
Pretty much defined by how often I can get away with wearing Keds at work XD In the future I hope to dress things up a bit more and have more fun with my work wardrobe. Admittedly I did wear black yoga pants for years at my job, so it'll take some time.

38. What kept you sane?:
Smashing. Buttons! At first I ONLY played DDR, but then I learned it made sense for me to play IIDX one-handed and then was like, "oh, this is the world's smallest piano, schweet." Since then I've branched out to just about every other game in the series.

40. Who was the best new person you met?:
My partner, hands down. I met a LOT of awesome people this year! But without him, I wouldn't have had the sanity to really continue and I wouldn't have learned what I needed to.

42. What song will always remind you of 2017?:
"Mayoiboshi" by yaseta. When translated by me, it means "Lost Star." But when my partner translated it, he said it meant "Wandering Star."

43. Quote a song lyric that sums up your year:
"Where ya wanna go? How much you wanna risk?
I'm not looking for somebody with some superhuman gifts
Some superhero, some fairytale bliss
Just someone I can turn to, somebody I can kiss
I want something just like this..."

44. What Quotes sum up the year?:
This is a little vague, but roll with me here.

"(By living in this real world), you are agreeing to the utter and irreversible transformation of your (destiny) and the destruction of your previous identities... (The things you wanted, those you held dear, the world you created in your head.) However they may manifest in the future depends on the will of God himself, and does not counteract the vows (you have) made. You make this decision ( -- this decision, here and now, to be real) understanding there is no turning back. Say it is so."
at 11:07 AM

Email ThisBlogThis!Share to TwitterShare to FacebookShare to Pinterest
Labels: 2017, year in review