The Dvorak Series (as seen at New York Comic Con).

An author has one of the most tricky jobs on the planet: to create a world so thorough and succinct that it must be believable, and to successfully invite other people into that world. It is my goal to accomplish just this.

I’ve wanted to be an author for years, but it was only after I moved to New York City that I decided to really focus on the art of wordcraft. My life has always been a struggle between my written art and my musical art. I grew up with the expectation (from family, from friends, from peers) that I would go on to do great and wonderful things with my music. Nobody ever stopped to ask me what I wanted, and if they did, I gave them the answer they wanted to hear so they would leave me alone.  [Dvorak on Facebook]

It was only when I let myself be free from those expectations that I discovered what I really wanted to do. And it was what I had been doing all along, in secret, behind closed doors, with only me and a few editors to see the results. Now, I’m ready to take what I’ve been creating for years and show it to the world. It is my sincere hope that you will welcome yourself into these worlds I’ve created, and make them your home as well.

Some of my stories are available in paperback online. Others are free e-books; the wildly popular Dvorak series is only available on Wattpad (and, in the short future, print). If you happen to catch me at a convention, trade show, or festival, I would be more than happy to sign a copy for you.


--
The Mystery of Taconum Carnival 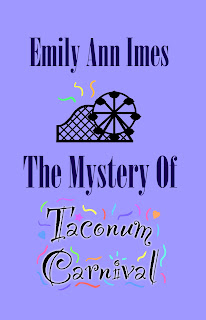 I handwrote The Mystery of Taconum Carnival over three separate summers. My sister was my only audience, reading pages as I would hand them to her. Keeping yourself accountable is very important as an author, and my sister did just that. Without her, the book wouldn’t be what it is today. 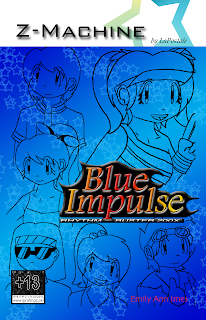 If you asked me what book has personally meant the most to me, I would say Blue Impulse, hands down. I wrote this book in 2012 during a very hard time in my life, when I was unemployed, running out of money and self-esteem. The story of Miranda and how she rose above her obstacles isn’t exactly like mine, but it inspired me as I wrote it, and has inspired many others since. 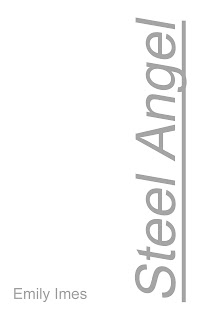 Steel Angel was the first book I wrote, starting back in 2005. While other books and projects have come and gone since then, this book still holds a special place for me. It was the first time I dedicated myself to the learning process, and several edits later, its shine for me has not dimmed.